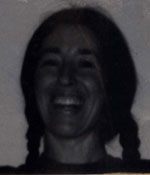 Year of Death or Disappearance: 1981

Mary Elizabeth Critchley, age 37, was last seen on July 25, 1981 near exit 13 of the Massachusetts Turnpike in Framingham, MA. Mary had been dropped off there by a friend and was hitchhiking to Waterbury, VT, where she lived with a friend. Mary was attending classes at the University of Vermont at the time of her death. Her body was found on August 9, 1981 in the woods off of Unity Stage Road, in Unity, NH. The medical examiner was unable to determine a cause of death because of the condition of the body, but the circumstances surrounding her disappearance and death are suspicious.