Identification of the Deceased Adult Male found in Salem, New Hampshire on August 7, 1969

Concord, NH – Attorney General Gordon J. MacDonald, New Hampshire Department of Safety Commissioner Robert Quinn, and Salem Administrative Chief of Police Brian Patullo, announce that the remains of the adult male found deceased on the side of Interstate 93 in Salem, on August 7, 1969, have been identified. The human remains are that of Winston Richard Morris of Barre, Vermont. Winston Morris, also known as "Skip," was 30 years old at the time of his death.

Mr. Morris' remains were discovered by a work crew on the northbound side of Interstate 93 in Salem, just south of exit 2, in a water-filled pit. An autopsy determined that Mr. Morris died of several gunshot wounds to his head and torso. The manner of his death was ruled a homicide. The autopsy report estimated that the then-unidentified remains were of a male, 28-40 years old, 5 feet, 11 inches tall and weighed about 225 pounds. He was wearing a tan shirt with blue stripes with a Bradlees sales tag, bluish-green slacks, black shoes and socks. There were no personal effects found with remains.

Known fingerprints were taken from the remains at the time of the autopsy. However, no state or national databases were operational at that time to compare fingerprints. In 1969, manual searches of fingerprints on file in New Hampshire and in Boston were unsuccessful in identifying the remains. As a result, he was buried at Pine Grove Cemetery in Salem, New Hampshire.

In December of 2012, Mr. Morris' remains were exhumed pursuant to a court order requested by the New Hampshire Cold Case Unit. The remains were examined by New Hampshire's Chief Medical Examiner, Dr. Jennie V. Duval, and Forensic Anthropologist, Dr. Marcella H. Sorg of the University of Maine. These examinations confirmed the original autopsy findings, but also provided additional information about the remains. Dr. Sorg determined that there were at least six gunshot wounds to the head and one projectile track into the left ribcage that may have originated from the jaw. Dr. Sorg reported that the remains had several unique characteristics that may have been noticeable to those who knew him. Specifically, she noted that this male had wide shoulders, was slightly hunched over in appearance, his upper and lower jaws were disproportionate resulting in a substantial under-bite and seemingly oversized lower jaw with buck teeth. She also noted that the remains had a severe break to the right upper thigh bone that had been repaired with a surgical plate and six screws. Dr. Sorg opined that this break would have taken months to heal, during which he would have had an extensive plaster cast and needed crutches. 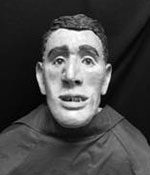 As a result of the exhumation in December of 2012, a DNA profile was developed for the unidentified remains at the FBI national laboratory. That profile was uploaded to the Combined DNA Index System (CODIS), which is the FBI's program of support for criminal justice DNA databases. The profile was also submitted to the National Missing and Unidentified Persons System (NamUS). The DNA profile was searched in the databases against the DNA profiles developed from samples provided by persons looking for their missing relatives without success.

Over the years, the Cold Case Unit, the Salem Police Department, the Medical Examiner's Office and the New Hampshire State Police Forensic Laboratory, continued their efforts to identify the remains. Those efforts included a facial reconstruction of the skull by Forensic Artist Harvey Pratt at the Oklahoma State Bureau of Investigation. This facial reconstruction was posted on the New Hampshire Department of Justice's Website, the Cold Case Victim List, www.doj.nh.gov/criminal/cold-case/victim-list/index.htm.

The Morris family does not wish to make a public statement at this time.