The 2004 suspicious death of Dominique Davis. 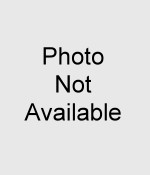 Year of Death or Disappearance: 20017

Prior to her death, Dominique Davis lived with her mother, Tina Prescott, her five-year-old sister, and David McNeal, who was the brother of Ms. Prescott's fiance at 10 Gary Road in Northwood, NH. On February 19, 2004 at approximately 5:30 p.m., EMTs received a 911 call for an injured child at that address. When the EMTs arrived, they discovered Dominique lying on the ground and unresponsive. Dominique was transported initially to Concord Hospital and then to Dartmouth Hitchcock Medical Center where she died two days later. An autopsy revealed that Dominique died as a result of blunt impact injury to the head. The circumstances surrounding Dominique's death suggest that the trauma may have been the result of nonaccidental, inflicted, abusive head injury.